Somewhere in the deep dark green forest of memory, strangled with the ivy of forgetfulness, Shiznitz began, when Larry Mctavish met Corona Smith at art school in Hull. Since then many poor souls have joined them on their perilous quest to make music and perform it in public for the general jollification of the earth’s peoples.

The relentless pursuit of the next show that pays in sandwiches and fizzy pop has caused some to abandon the Shiznitz life, due to malnutrition and other privations.

Their first album ‘Boathouse Masters’ was recorded in an old Boat Shed on the banks of the river Hull. They are currently recording their second album. 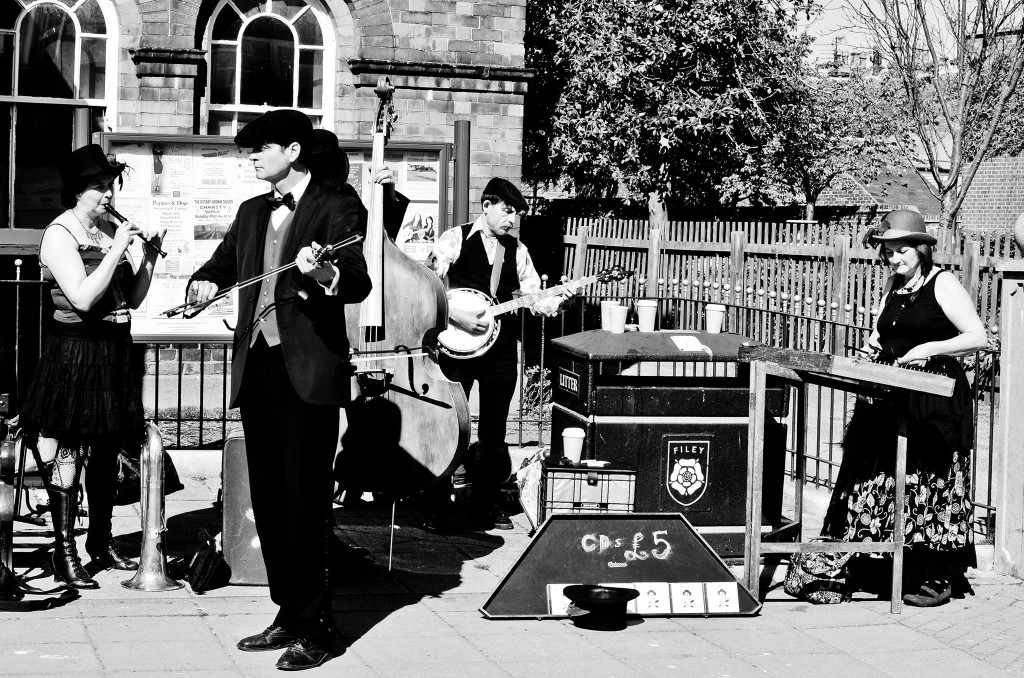 Corona Smith – Plays fiddle, guitar, saw and sings as best he can.

Max Spence – Plays Double Bass and sings quietly to himself